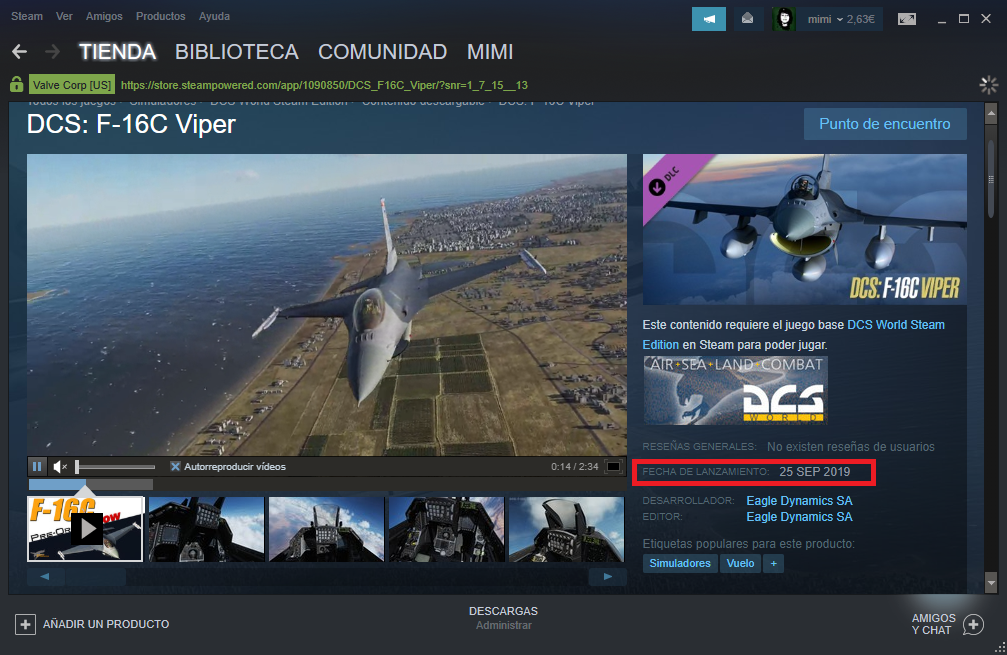 hace 4 meses
"Hey everyone, a little Viper update is in order as we approach early Autumn 2019.

First, we still plan to release the Viper into early access sometime in early Autumn 2019. We don’t have a specific day because several items are in flux, and any one of them could change any announced date. While we posted 25 September on Steam (a day is required to list a product on Steam), that is only a best estimate and not in stone. Once we have a firm date, we will announce it. This is not something we are purposely withholding.

The big areas we are working on to get the Viper before we release it:

-Tuning the flight model and braking system. Much of this involves drag values.

-External model, in particularly the landing gear and aircraft underside. Even at early access release, the skin will still be preliminary.

We are also working hard on the Litening targeting pod with LGBs, but we can’t promise this will be ready in time for the early access release, but it’s something already well underway.